SOS Signal is an internationally recognized Morse code distress signal which is a combination of dots and dashes. It was originally instituted for maritime use and popularized later as a distress signal all over the world. Commonly, SOS stands for ‘Save Our Souls’ or ‘Save our Ship’ but in reality, it’s not an abbreviation. In Morse code, three dots stand for ‘S’ and three dashes stand for ‘O’.

SOS signal was first introduced in Germany on 1st April, 1905.

Earlier, SOS distress signals were used solely by the ships to communicate emergency,but later it was adopted globally. Due to its popular use during emergency, it has entered in normal use as a sign or a crisis or the need for action. SOS was only used by maritime radio as a distress signal until 1999, later it was replaced by the Global Maritime Distress & Safety System.

With the development of radio in the late 1890s, communicating emergency for maritime became easier. Earlier they used semaphore flags, fog- horns, bells, etc. were used to send a distress signal which was not very effective. It became easier for the ships attract attention and ask for help. In the beginning, every country had different distress signals which created confusion. If the ship was in different country, sending signal became difficult and confusing.

This SOS signal was used on ships where they used to release orange smoke from the stack. Since, orange color has high visibility which can be seen in kind of environment, they used a special kind of fuel to produce orange smoke. These days orange smoke flare is available in the market that you must carry if you are going for mountaineering or any other less populated places.

If you stuck in a confined space; you are kidnapped or trapped; you can use this tapping technique to signal people that you are in need of help. It also follows the same Morse code technique, here you need to tap slowly thrice followed by three long and three short taps. It is worldwide recognized SOS symbol.

In shows like Man vs Wild or Man, Woman & Wild, you must have seen the host informing you this trick of asking for help when you are stuck in abandoned places. You must have seen them using a mirror, knife or any shiny surface to reflect sunlight towards the help. In a similar manner, if you are stuck and see your help in the distance, you can send “SOS” signal by using a mirror or any other material that reflects sunlight. Try to aim at any airplane, ship or any other vehicle and reflect sunlight towards them. Keep reflecting until they notice you and approach you for the help.

This SOS signal can be sent by using a fire at night. Either in a straight line or in a triangle shape builds three fires at a distance of at least 100 feet between each of them. It is an internationally recognized signal for help. In the morning, you can use the same trick by producing smoke.

You must have written names or drawn anything on the wet sand or soil. But do you know, this scribbling habit of yours can save you while in danger. Yes, it is an internationally accepted SOS signal. If you stuck somewhere, and have no way left to ask for help then write the word ‘SOS’ or three gigantic ‘X’ but it should be large enough to catch people’s attention. While writing, try to scrape at least 10 cm deep and 2 cm width. If you are stuck at a place where there is no wet soil or sand, you can still save yourself by drawing “SOS” or triple X using stones.

Usually blue & red color symbolizes that someone needs a help or any accident has occurred. These are mostly used by policemen or firemen.  Since, the visibility of blue and red color is the best among all and can be seen from high altitude as well, these colors flashlights are chosen for sending an SOS signal. In case you don’t have a flashlight, you can also use a cloth and make a flag to symbolize people that you are in need of a dire help.

With the development of technology and the Internet of Things (IoT), there are several innovative devices available in the market which can save you from danger. Such devices are best for the kids, women and elderly because they are easier targets for any anti- social elements.

Elite introduces SOS phones for the senior citizens. Like a normal phone, it has all basic features along with SOS settings. It helps you to stay in touch with elderly 24×7. The device helps to send SMS and call predefined SOS contacts. It has a clear and loud sound for comfortable conversations and has hearing aid compatibility.

SOS Fob is the best device designed for the health workers. It is compact, waterproof and lightweight which can be easily attached with a badge. It deploys two pertinent technologies- GSM or Global System for Mobile Communication and GPS or Global Positioning System. It helps workers to raise an alert quickly whenever, they do not feel safe. It will help to trace their exact location.

Optisafe MyBuddy is considered to be the best personal safety device available in the market. This is a pen- shaped device which can be easily attached handbag or neck and pulled easily in the distress situation. The device will quickly raise an alarm and send live location to the pre- defined contacts. Since, it also features a live location tracker; you can never be falling prey to the harmful elements of society. MyBuddy connects over Bluetooth with Smartphone (IOS & Android) and uses the power of smartphone to drive location, audio/video recording and SOS communication to three predefined numbers. User needs to download Optisafe Mobile app is available for Android and iOS. The device is specially designed for women and elderly but it is equally useful for the kids.

Senior citizens are prone to medical emergency. Under any medical emergency situation, they need a device which can be easily accessed, one such device available in the market is Juvo Wall Mounted Emergency Panic Alarm. The device is attached with 3 foot chord which gets activated when pulled. It rings 120 dB siren and flashes LED light. The siren will help to grab attention and help at the earliest.

It is a personal safety alarm which is attached to a key chain that can be tagged in a handbag and would not gain much attention. The device has a switch that raises an alarm, sends SOS message and location to the emergency contacts. All you need to do is to connect the device to your smartphones via Bluetooth and you are good to go.

During ancient period, SOS signals were used only by Maritimes to send distress signal and ask for help. Today the horizon of using SOS signals have widened but the purpose remained the same, i.e., sending distress signals to seek help. But with the development of technology and internet services, devices have been made to send SOS signals which is comparatively easy to use. Today’s market is filled with several safety devices which uses SOS principle. These SOS devices have become a dire necessity in today’s life, especially for women and elderly who are easiest prey. If you turn the pages of any newspaper, you will come across news of rape, honor killing and poor condition of elderly almost other day. Hence, the need of SOS safety devices was felt. I think we must thank Germany for introducing SOS signals to the world, although, there have been a lot of development but the concept and the base remained the same, i.e., ‘to save’. 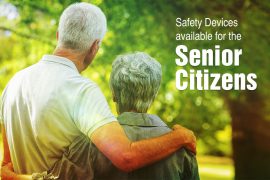 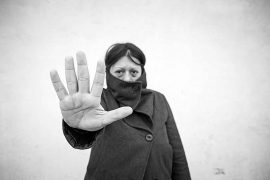 Safety Device for Elderly – The Need of the Hour

Legal Disclaimer: The device should be connected to the Smartphone via Bluetooth connection to activate the features. All the features of My Buddy Device are subjected to proper installation, first-time set-up and active mobile network & internet connectivity. Company cannot be held liable for the non-functioning of the device. Customers are advised to use the device at their own risk and discretion. "Requirements : (i) Bluetooth connectivity with Smartphone; (ii) Optisafe Mobile Application". Functionality may vary between Android (TM) and/or IOS (TM). (iii) GPS enable is mandatory and Data connection is mandatory